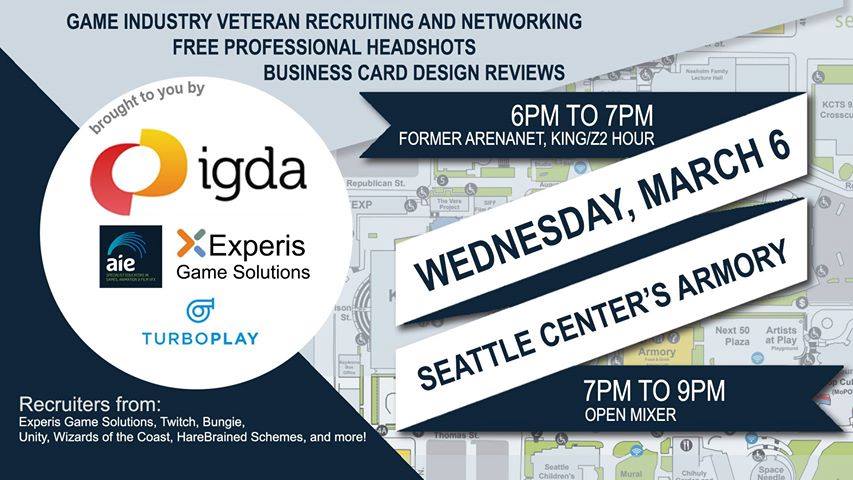 In response to the King/Z2 Games and ArenaNet layoffs, The Academy of Interactive Entertainment (AIE Seattle) partnered up with the Seattle chapter of the Indie Game Developers Association (IGDA Seattle), Experis Seattle, and TurboPlay to co-host a Recruiting and Networking Mixer, on March 6th, 2019.

From Seattle to California, tons of studios and recruiters attended, with close to 200 job seekers that attended the event.
Photographers were readily available for those needing to update their  professional portrait, and artists helped design new business cards.

We want to thank you to all the studios and recruiters who readily responded and were active participants in our Recruiting and Networking Mixer:

We are also so thankful to have amazing students who played a major role in making the event run as smoothly as it did.
The Academy of Interactive Entertainment believes in community-driven events strengthens the future of the industry. Especially during unfortunate times such as this, we need to work together and stay connected.