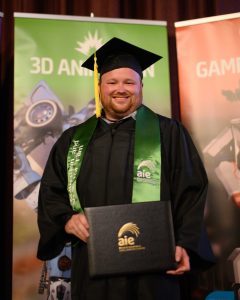 Andy Burt was honored as a Valedictorian for the graduating 3D Animation & VFX for Film class of 2019. Valedictorians are recognized for their dedication to one's study, and you can always count on their eagerness to exceed the status quo. They lead by example, and as a result, they prove themselves to be exemplary individuals cherished both inside and outside the studio. For their Final Film Production project: Inkantation, Andy was the Lead Layout Artist and made countless contributions in modeling, lighting, render optimization, texturing and screenwriting.

Think back to Day 1, when you started your journey at AIE. What were your goals then?

Andy: I was so nervous on my first day at AIE. I had barely been accepted into the VFX program because I didn’t have a very strong background in traditional art. I was being given a chance because I had some basic Maya skills and a drive to get into the animation industry. I was told I needed to work on my skills before the first day of class. On that first day, I wasn’t sure if the beginning drawing class I had only finished 4 days before was going to be enough for me to keep up. As all my classmates introduced themselves and talked about the kind of art they did, I felt even more out of place. They all had years of painting, drawing, illustration, and even video production under their belts.

As a class, we warmed up with a 15-minute sketch: a human arm, 3 ways. When Vic told us to stop, I couldn’t help but feel awful when I compared my sketchbook to the girl sitting next to me. By the end of that first day, we had started to work in Maya and my spirits were slightly lifted, but I was feeling completely overwhelmed.  My goal was to be a 3D character animator. I kept thinking “How am I going to be an animator, when I can’t even draw an arm?” It took a while for me to settle in and find my place, but by the time I passed my first assessment, I had regained my confidence.

Share your fondest memory while attending AIE. Where were you? Who was with you?

Andy: I have so many happy memories of AIE. Just being a part of the VFX class was amazing and we had a ton of fun while working on our projects. It wasn’t uncommon for us to be sidetracked by an amusing video. I particularly remember a day when I had been talking to Handa about American Ninja Warrior, and Cheryl asked if we had seen the episode with the streaker. Naturally, we had to look up the clip and soon the whole class was roaring with laughter as the poor naked ninja was dragged off by security before he got a chance to finish the course.

Nate and I spent our break trying to figure out how we could recreate the clip in CG. We thought it would be a hilarious final film for our class. Obviously, we were overruled. In all seriousness though, one of the best days at AIE was the day we filmed on greenscreen. It was great to get to work with our Director of Photography, because he has so much industry experience. Even though he didn’t let us touch his $50,000 camera, we got to help set up the greenscreens and different props. We were able to film everything for our final film in an unbelievably small area. Getting to work on a live set was a great opportunity to see how things are done.

Now that you’ve graduated, what are you looking forward to? Has your mindset changed since you started?

Andy: I’m a little sad to be done at AIE. There is so much more that I want to learn. My mindset has completely changed since I started at AIE. When I first started, I only wanted to be a character animator. I didn’t particularly care about the rest of the pipeline, but I found that I really enjoyed several aspects of it. I’ve moved away from character animation at this point. I might go back to it one day, but I found that I really enjoy layout and lighting. Now that I’ve graduated, I’m looking forward to delving a bit deeper into lighting and compositing. I’m hoping to find a job that will allow me to continue to learn the different parts of the pipeline.

What was the most important lesson you learned that you'd like to pass onto those starting their journey at AIE?

Andy: First of all, personal hygiene is not optional. The classrooms are small, and people don’t want to smell you. As someone trying to be seen as a professional (yes, even when you’re in school), you need to shower and wash your clothes. We know when you haven’t. Second, trying to break into the film or games industry isn’t easy. You are going to have to work incredibly hard and push yourself on many levels.

You have to be passionate about your art. However, it’s not just about the artwork. You also need to be a team player. I know that most people get tired of being told about the importance of teamwork, but it’s the truth of life. You aren’t going to get very far in life by yourself. It takes so many people working together to make great games and films. You can’t do it alone. You might not always get your way, and you might not always like the project, but you need to do your best anyway. The people on your teams are going to remember you.

Keep in mind that the industry is small and you don’t want a bad reputation. I’ve heard several industry professionals say that they would rather have a decent artist with an amazing attitude, than an amazing artist with a bad attitude. Remember that your classmates are going to be your colleagues. You might need a recommendation from one of them someday, and you don’t want them to remember you as the poor sport. My last and most important bit of advice is one that I continue to tell myself. In the wise words of Vic: Calm down. Everything is going to be okay.

Feeling inspired? You can follow Andy's journey on social media!

Start your path and break into the industry today - learn more here about 3D Animation & VFX for Film. 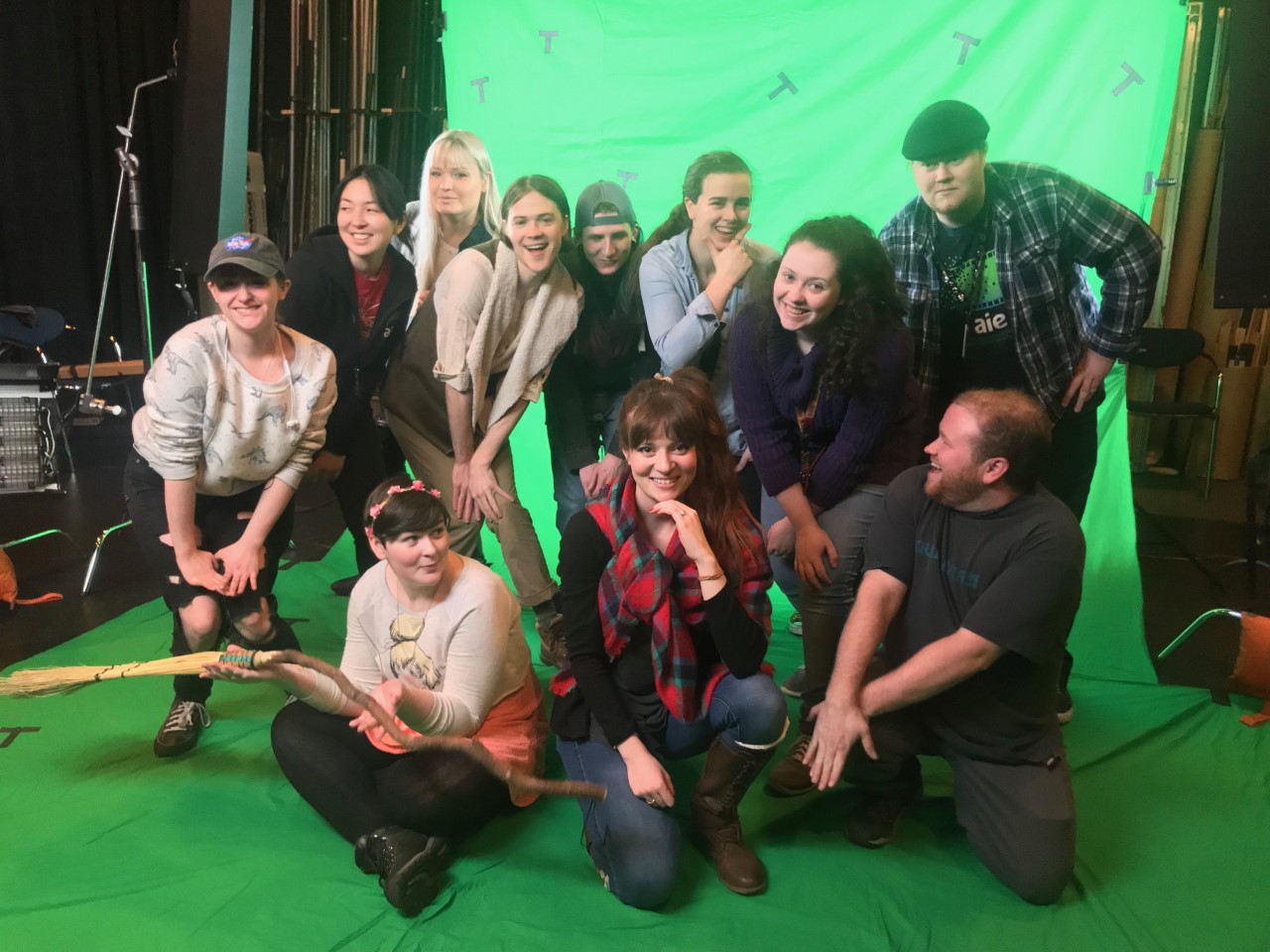 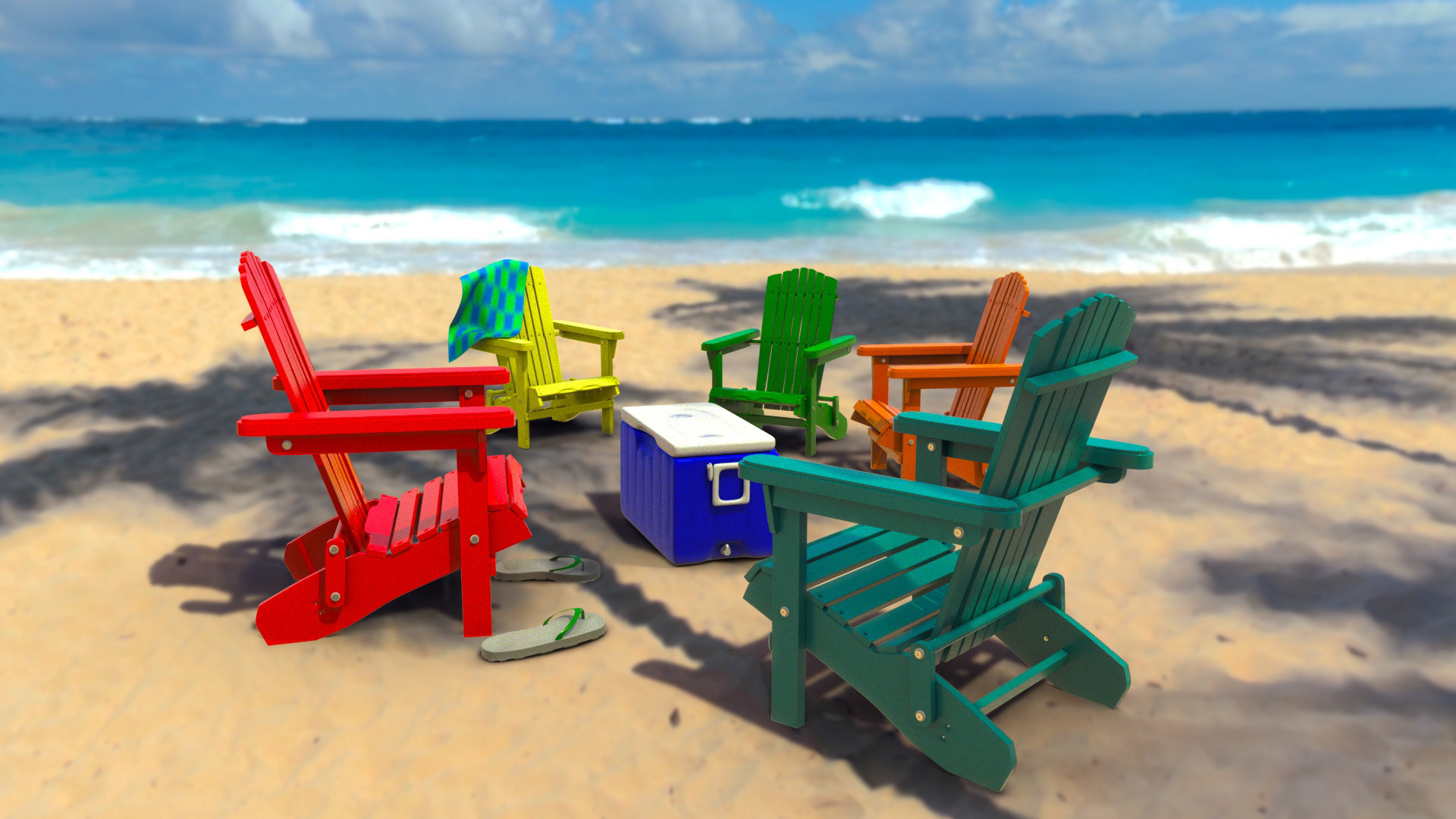 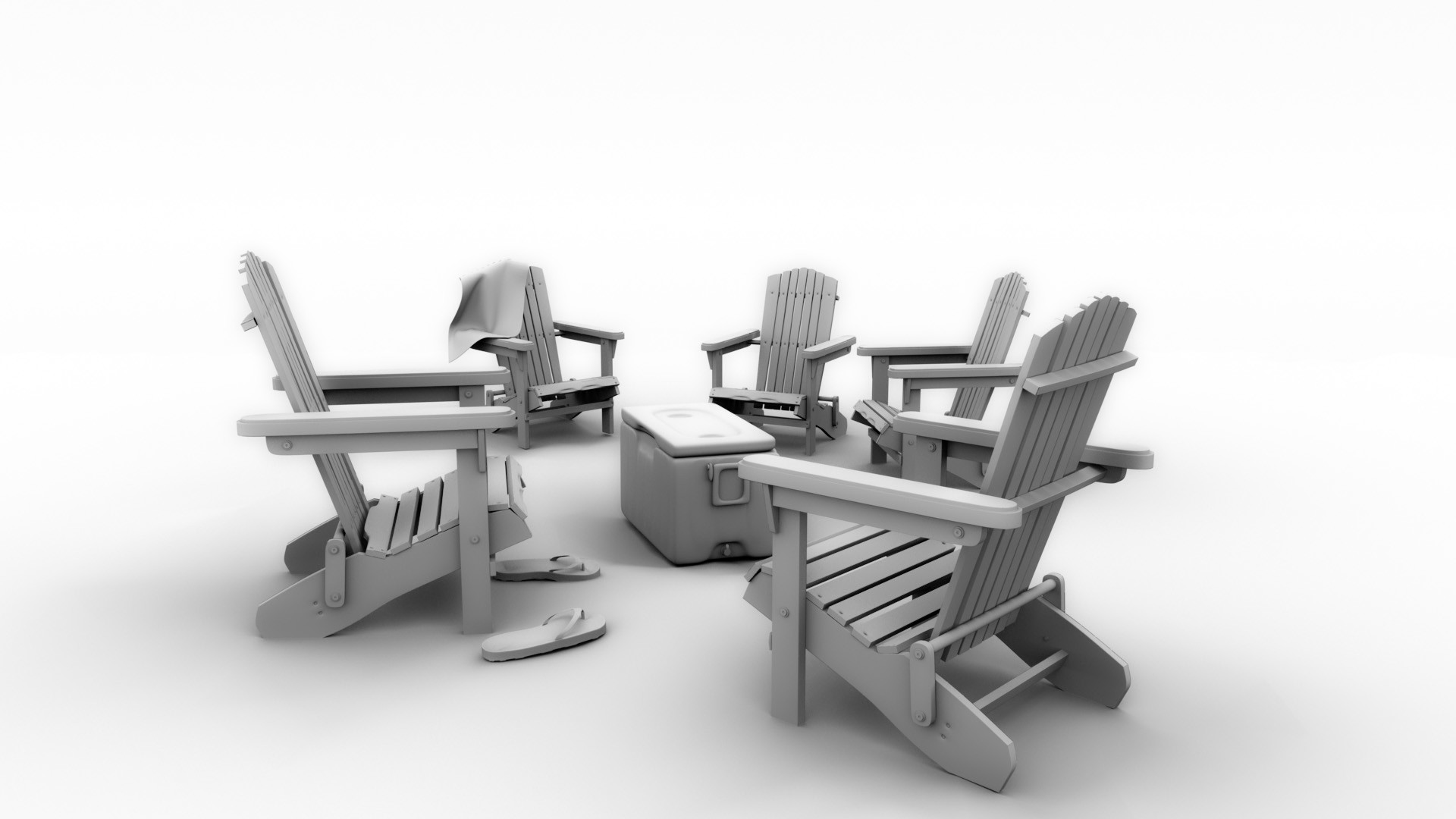 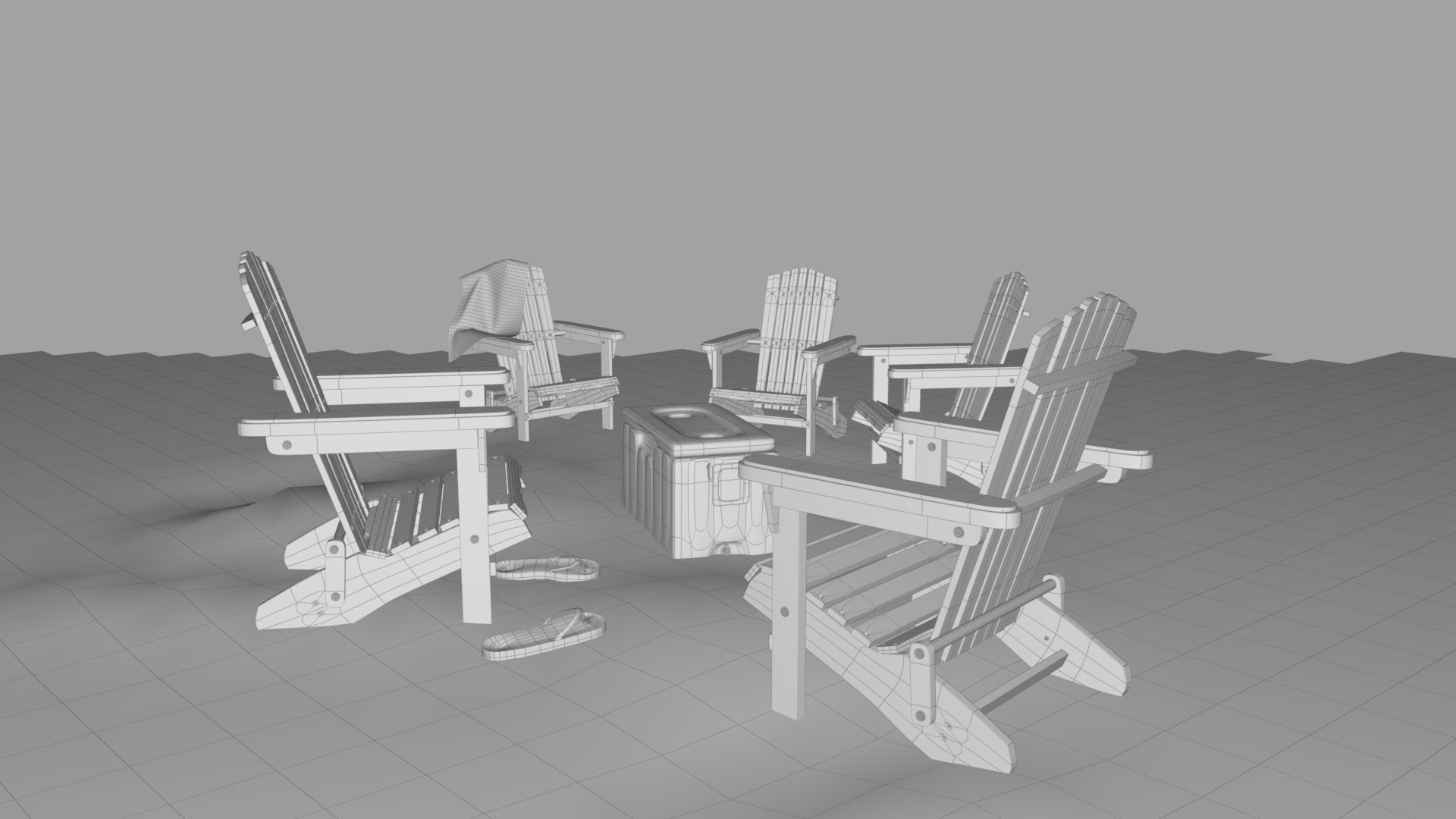 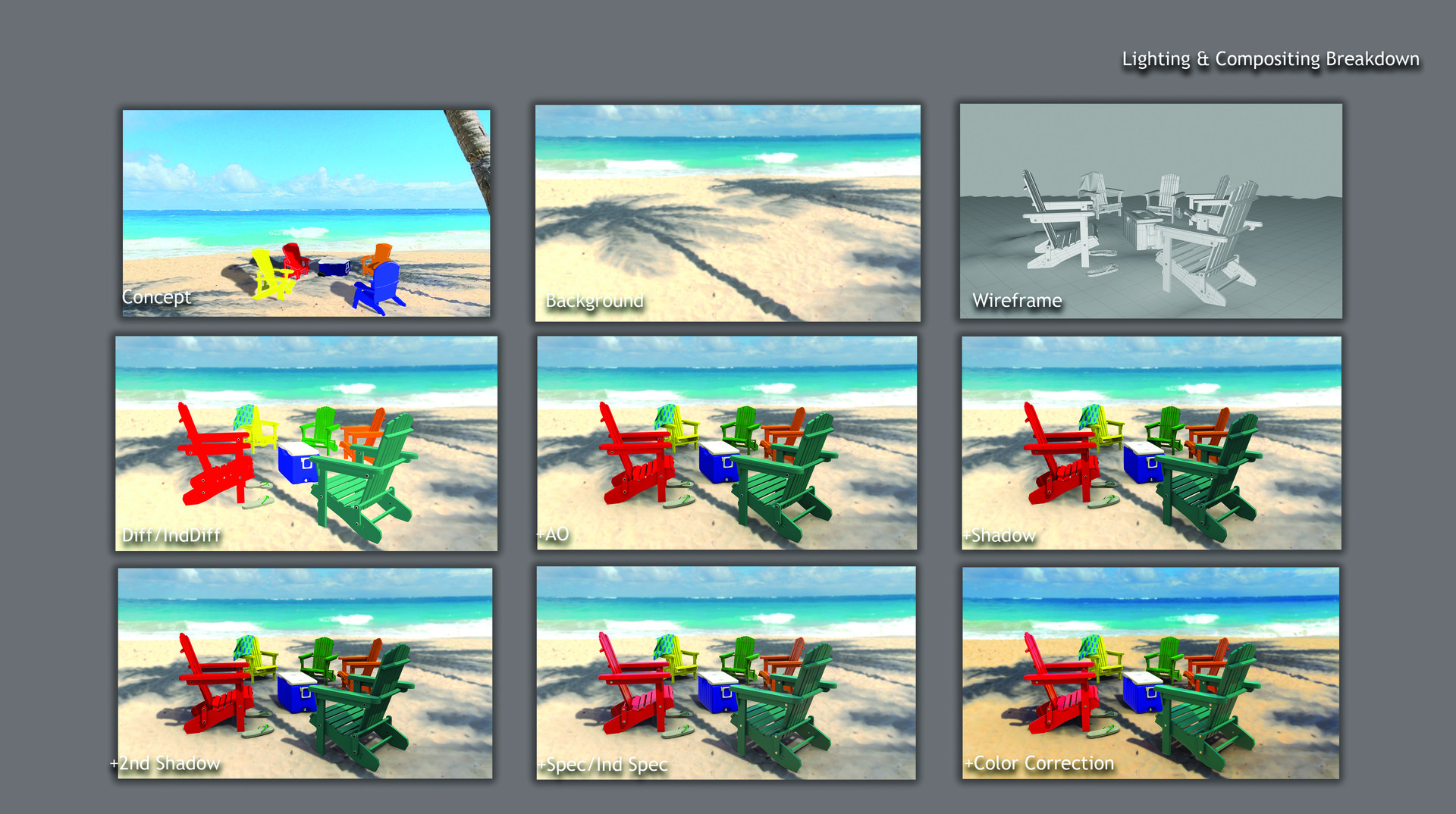 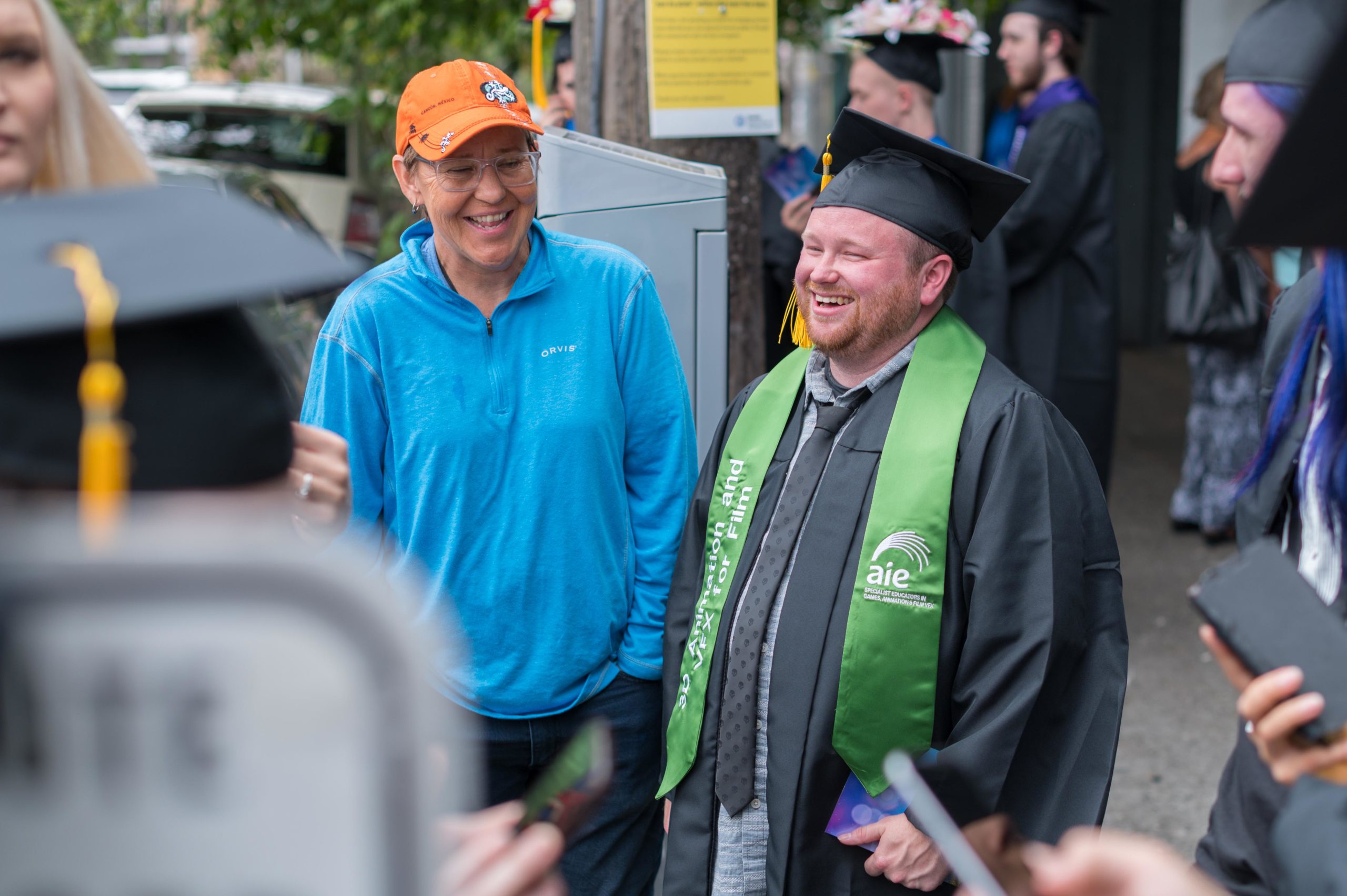 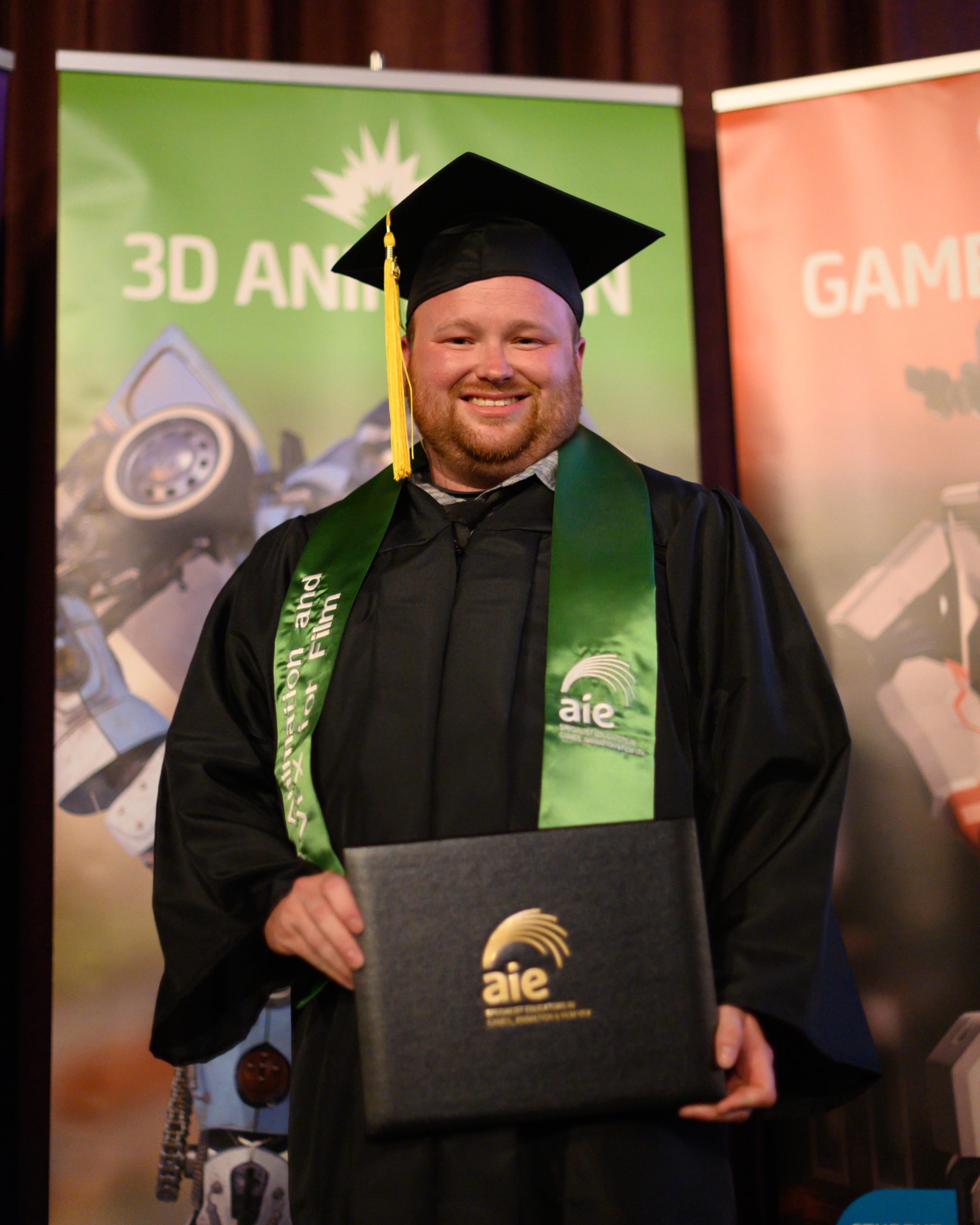 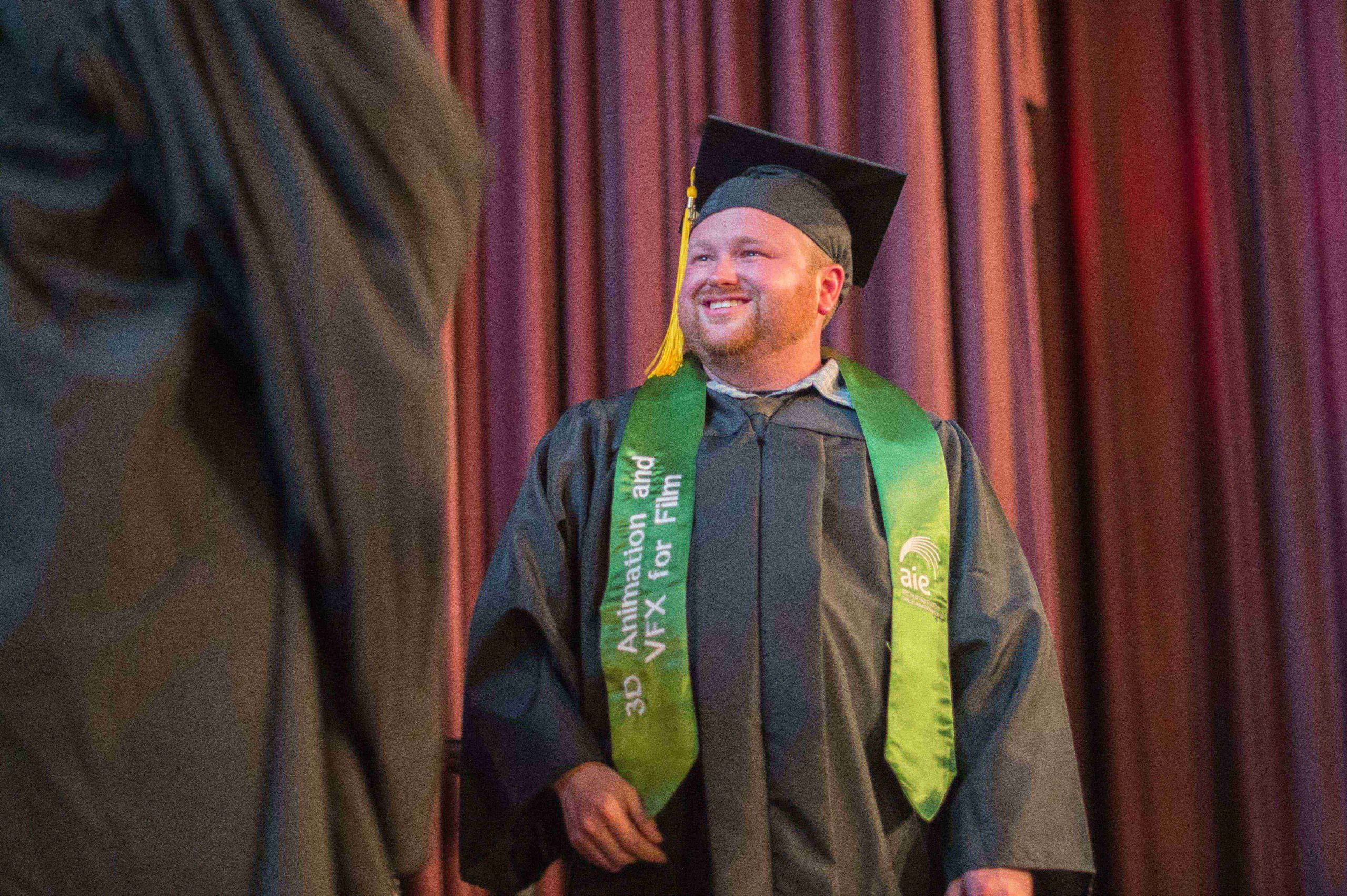 Discover the courses designed to get you started in game development, 3D animation and visual effects at the AIE Information Evening. Seattle and Lafayette campuses will be opening their doors to visitors eager to find out about full-time and part-time courses starting soon.Online livestream event